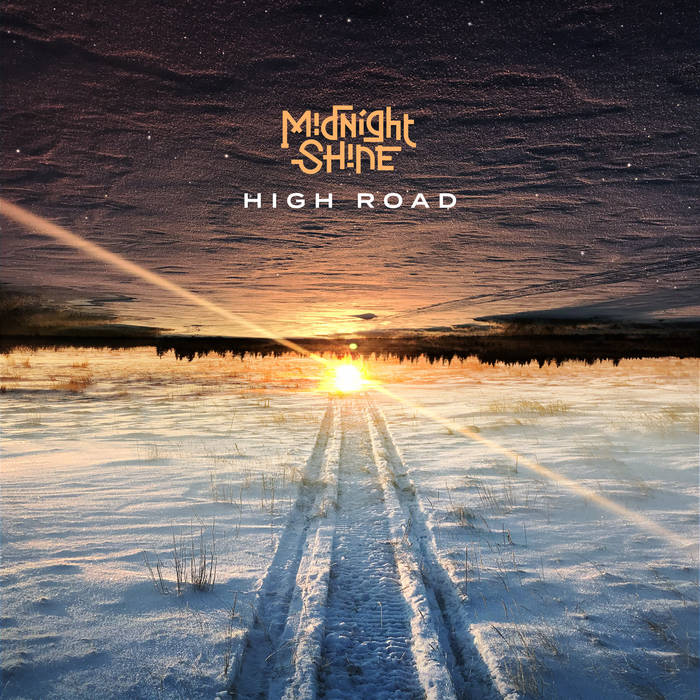 S TO THE P

S TO THE P Hey guys,

I just heard your song heart of gold at CBC and found it awesome. When I've looked up your album I was pleasantly surprised that I found an excellent album forge with awesome musicianship. I love all the parts when you sing in Cree and the pow wow. We need more music like this! You have my support. Keep doing what you do, it's really great! Favorite track: Cold Walker.

The roots/rockers who have been lighting up the music world all the way from remote Northern Ontario have released their highly-anticipated third album, HIGH ROAD. It’s an album about resilience, something Midnight Shine’s frontman Adrian Sutherland knows firsthand.

“Growing up in Attawapiskat was a real challenge. Kids can be cruel to each other, and I was bullied a lot,” says Sutherland, who’d seek escape though music, or by spending time out on the land, learning about his Mushkegowuk Cree culture and traditions. “Resilience is something I had to learn at an early age, and it became part of who I am.”

“A lot of the songs I’m writing these days keep coming back to being resilient, and not giving up. Through my music, I hope this message will resonate with people from the James Bay coast, and other isolated places. This album is for them.”

Something new for Midnight Shine is adding touches of cultural embellishments to their music. On the HIGH ROAD album you’ll hear hand-drumming, lyrics sung in Cree, even a little creatively-placed pow wow stylings. The result is a roots/rock band pushing musical boundaries and boldly taking new strides, while staying true to who they are and where they come from.

The album artwork for HIGH ROAD portrays pristine wilderness landscapes from the James Bay region. Nick Perreault created the stunning design, using photographs shot out on the land by Sutherland’s wife, Judy. The 12-page booklet might best described as simply gorgeous, and definitely worth the view!

They came together by chance. They stayed together for a shot. When Adrian Sutherland from Attawapiskat was offered opening spot for a Trooper concert in Timmins, he reeled in three other musicians from the James Bay. His intention back in 2011 was to make the most of a one-off performance. Nine years, ten “Top 10” radio singles, three albums, and 300+ media stories later… you could say he has. ... more

Bandcamp Daily  your guide to the world of Bandcamp

Khruangbin and Greg Foat stop by with their amazing new LPs.